Nonprofit to Revive Storied Jazz Club on Detroit's West Side 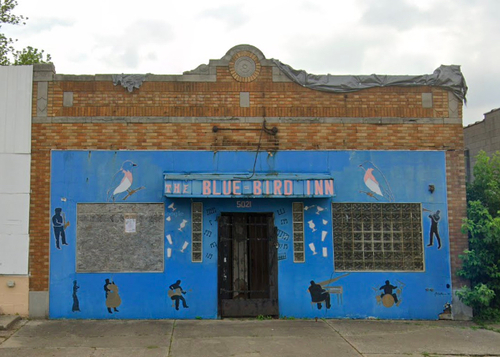 A long-shuttered Detroit jazz club that hosted greats like John Coltrane, Miles Davis and Yusef Lateef could reopen by 2025, bringing what one resident calls a "spark" to a neglected portion of the west side.

The non-profit Detroit Sound Conservancy's effort to rehab the Blue Bird Inn on Tireman gets a lengthy and colorful feature in the Detroit News this week. The paper reports the building first became a bar-restaurant in 1937, as per documents from the city’s Historic Designation Advisory Board.

The city’s Paradise Valley and Black Bottom neighborhoods were considered the social and commercial centers for the burgeoning African American population at the time, but Tireman was a focal point in Old Westside, where many later relocated in response to declining conditions.

Meanwhile, clubs devoted to jazz were blossoming, eventually making the city a premier destination, so in the 1940s (owner William) Dubois’ son labored to attract more clientele through upgrades and pushing live music, said Jim Gallert, a jazz historian who co-authored "Before Motown: A History of Jazz in Detroit 1920-1960."

The Blue Bird Inn soon became “a favorite hangout for jazz musicians throughout the city,” Detroit officials said. For at least the next decade, many aspiring entertainers, wealthy patrons and regular folks crammed into the blue-fronted venue to see performers such as ... Davis, a regular for several months in the early 1950s as he sought to kick a drug habit.

The club became less active in the 70s, then closed, reopened, and changed owners until it eventually went to auction in 2007. The nonprofit bought the building in 2019 and has since raised at least $280,000 in grants for its rehab.