A 1-year-old child hospitalized for a week following a brutal beating, allegedly at the hands of his caregiver, has died. 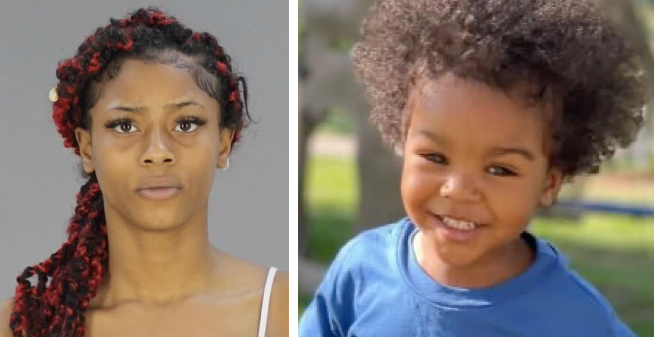 Taylor Starks said when she left her son in the care of her babysitter, she trusted the woman to ensure her child was safe. But at 1:50 a.m. the next day, she got a fateful text about the way her son was sleeping. As of Monday, Kyrie had no brain activity and the babysitter was facing child abuse charges.

Those charges will now be upgraded for babysitter Kimora Hodges, who does have priors for domestic violence and is being held on a very high $250,000 bond, no 10-percent.

When Starks arrived at the apartment complex where Hodges lived, Kyrie was having seizures. Hodges told her the boy was having an allergic reaction, but later, at St. John Ascension Hospital, Starks learned the truth:

"He had blunt force trauma to the head and he was bleeding out his ears and had to have immediate brain surgery," Starks said. "All I know is she threw my son into the wall and shook him up pretty bad and they said that's just a bit of what she did to him."

Starks said Hodges was a friend and had watched Kyrie in the past.

Kyrie was days away from his second birthday. Starks said he was her only blood relative.