An ad that promotes the re-election of Gov. Gretchen Whitmer touts the recent missteps of her Republican opponents as evidence they can't be trusted. 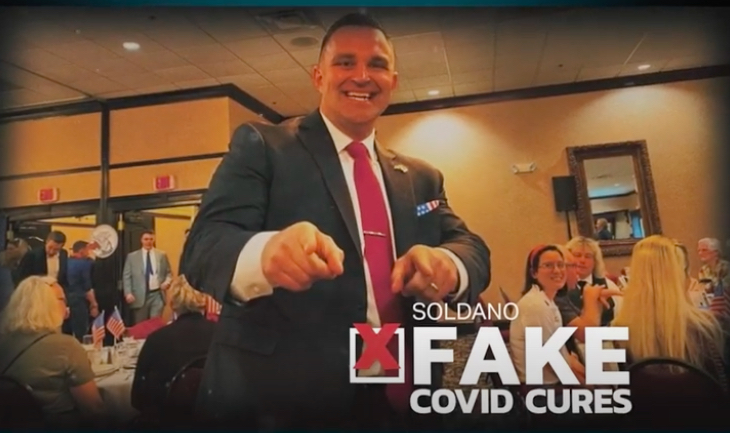 The Free Press reports on the ad, paid for by Put Michigan First, a PAC run by the Democratic Governors Association:

...The only Republican candidate for governor to escape unscathed from the ad is Farmington Hills pastor Ralph Rebandt.

The Freep notes the ad is not "100 percent factual," adding:

It opens by saying Craig "tried to become governor by breaking the law, using thousands of forged signatures." Though forged signatures are clearly not allowed under Michigan law, the Bureau of Elections said it had no evidence that Craig knew the signatures his campaign submitted were fake. Such a finding would be necessary to say Craig personally broke the law.

In fact, Craig is suing the professional signature-gathering firm he entrusted with the task. Soldano's "Juice Plus" nutritional supplements were sold as immune-system boosters, which would make recovering from Covid easier.