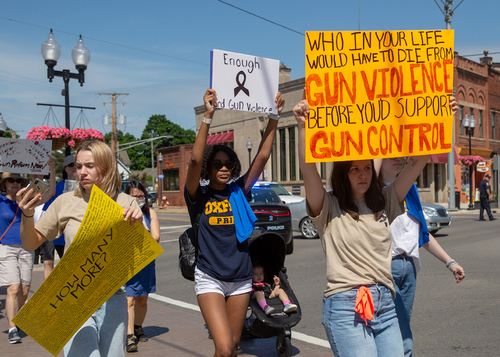 More than six months after student Ethan Crumbley went on a shooting spree at his high school, hundreds of students, teachers and concerned citizens from Oxford marched through the Oakland County town Saturday morning with signs denouncing gun violence and advocating safer laws.

"Who in your life would have to die from gun violence before you'd support gun control?" said one placard. Another read: "I still fear going to school."

The three-mile march, one of many on Saturday in Metro Detroit and nationwide organized by "March for Our Lives," included speeches from students at Centennial Park in downtown Oxford.

Crumbley, 16, is in the Oakland County Jail as he and his parents await trial. He is accused of killing four students and wounding six others and a teacher last Nov. 30. His parents face charges of involuntary manslaughter. 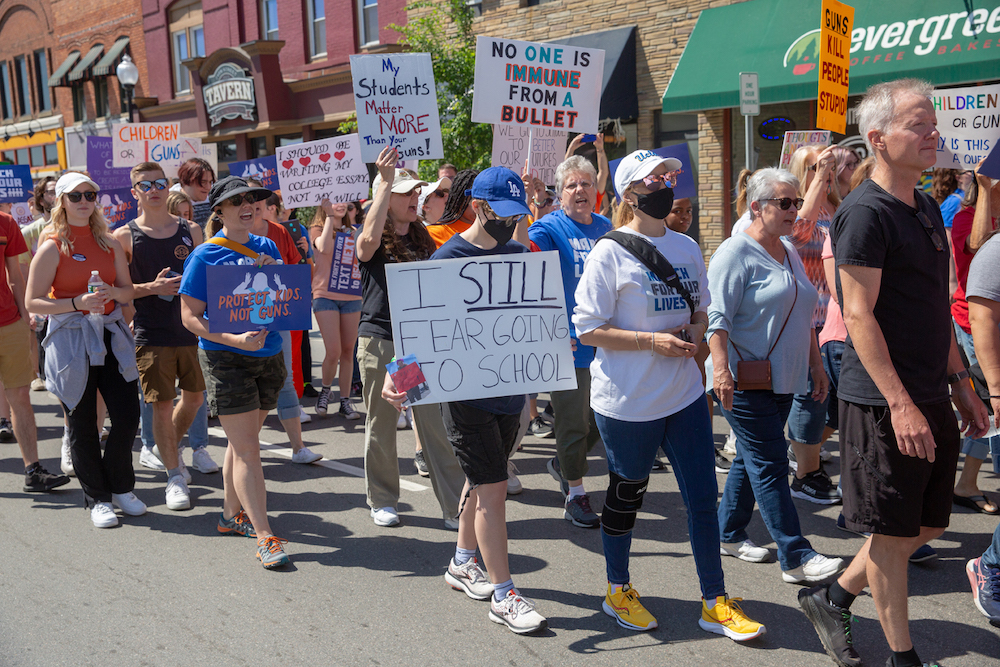 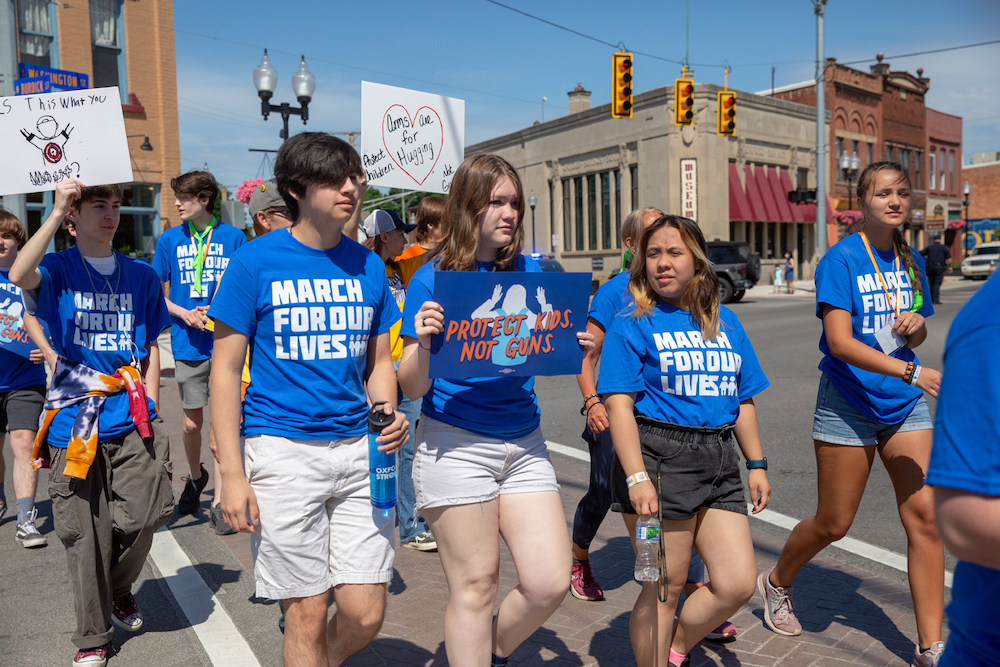 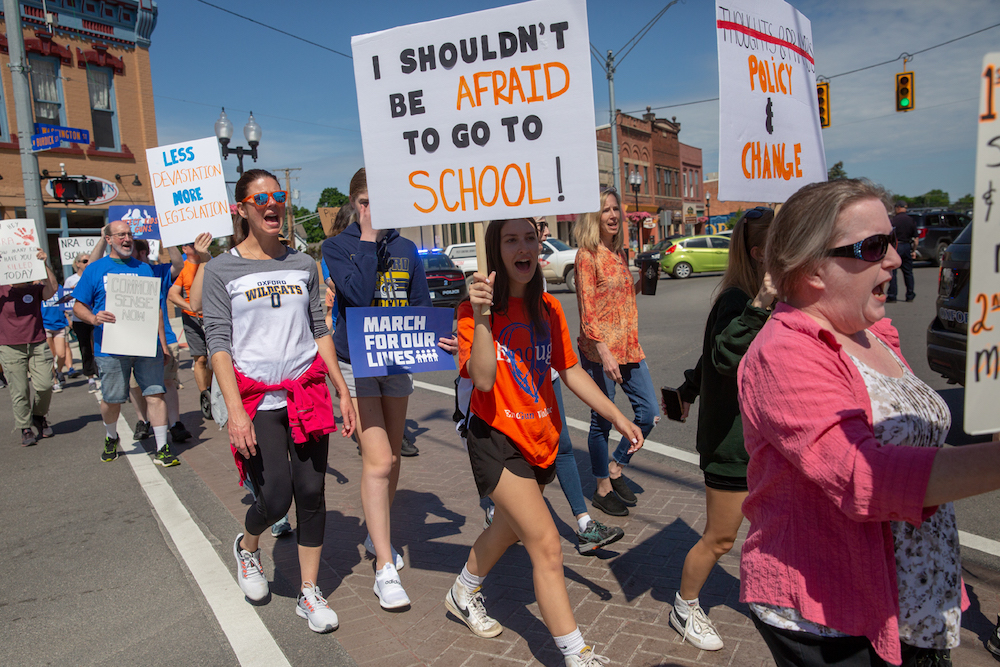