Michigan comes up empty in Round One of battery plant site-picking decisions by Stellantis. 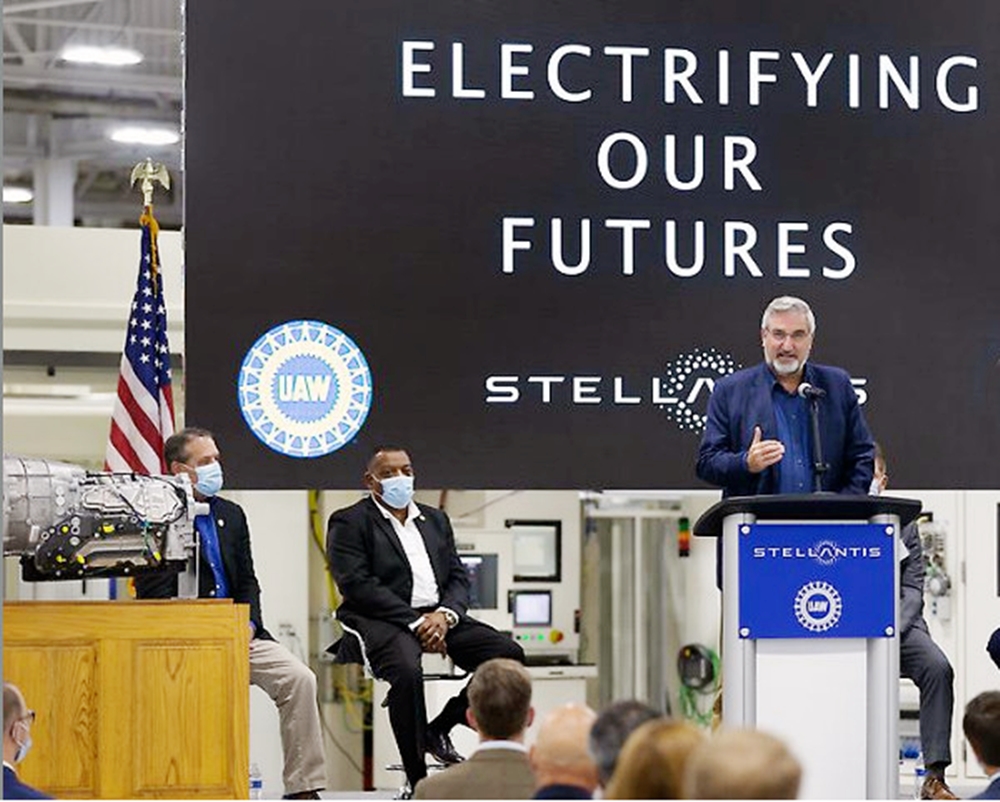 The automaker, formed in 2021 after Fiat Chrysler Automobiles merged with a French group, will announce its choice Tuesday afternoon in Kokomo, Ind. It's the latest setback for Detroit and Michigan, The News notes:

An automotive gold rush for megasites making EVs, batteries and related parts has fueled announcements mostly in states and provinces other than the home of the city that put America on wheels — even from its hometown automakers. ...

Michigan claims about a quarter of the nation's engine production and its associated employment, which is at risk as automakers exit internal-combustion engines to go zero-emission.

Stellantis' selection of Kokomo because it offered more flexibility, among other things, follows the automaker's announcement in March of its first North American battery plant in Windsor.

On a brighter note, General Motors will build a battery plant near Lansing with LG Energy Solution, though it chose Ohio and Tennessee for two other factories.

Ford  and a partner are investing over $11 billion in an EV assembly plant and three battery-making facilities in Kentucky and Tennessee.

Stellantis has transmission, casting and engine plants in Kokomo, a central Indiana city with nearly 60,000 residents about 60 miles north of Indianapolis. The automaker also is erecting a $4-billion battery plant in Windsor with LG Energy Solution, expected to be ready in early 2024 and have 2,500 workers.

Michigan loses: Electric vehicle jobs are 'passing us by at breakneck speed,' May 9