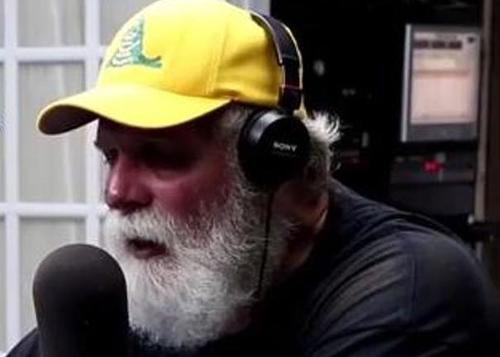 Can't say this one comes with much of a plot twist.

A conservative Michigan radio host who reportedly pushed for a "forensic audit" of the 2020 election results said on his show that familes should be all white.

Bishop made the comment about White families during a segment that focused on what he claimed was a push by the media to destroy the "nuclear family." He said every commercial "has a biracial mom and dad."

"Can't even watch a college basketball tournament without commercials telling me I have to feel guilty because I think a family should be a White mom, a White dad and White kids," Bishop said. "They want us to die and go away. And they're going to try to do it through politics this year. Well, we have got to be just as smart."

Now here's the slight twist: Bishop, who has previously run for office as a Republican and leads an Antrim County conservative group, is running as a Democrat for state Senate. His 37th District covers portions of the northern lower and upper peninsulas.

The state Dems have disavowed him as "a dishonest minor social media personality that enjoys getting attention from making outrageous statements."