It was a decidedly different time that spring. A national recession hit Detroit hard. Eleven months after we launched, the governor appointed an emergency manager for the city. And 15 months after our birth, Detroit filed for bankruptcy -- the largest U.S. municipal bankruptcy by debt amount. 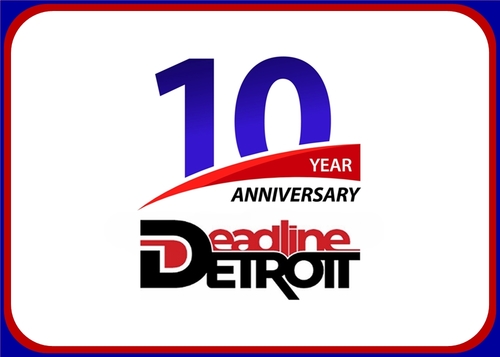 Lots has changed this past decade in metro Detroit, in Michigan and in the media industry. What's unchanged is the commitment to "make it easier for smart people to stay smart about their community," as we pledged in a first-day introduction.

That article and its headline are reposted below, with an update on our lead investor and an invitation to join other readers who support our work with memberships.

Usually, when you hear politicians, business people or journalists describe a moment in time as "a turning point" or "critical juncture," you can be sure they are hyping the situation and pumping up their own importance.

But it is hard to over-dramatize the plight of today's metro Detroit.

While the economy appears to be gradually improving, cities from Allen Park to Roseville are fighting to stay alive, struggling to pay bills yet still deliver the services that are the basic reasons cities exist. That spreading financial calamity mirrors the crisis inside the homes of many recession-pummeled residents.

The drama is most visible in Detroit, of course, where the state is now supervising city hall as the sluggish Bing administration attempts the impossible --  saving the city without destroying it further through draconian cuts to what (now former) City Council President Charles Pugh described as already “crappy” services.

At the same time, officials and residents in both the city and suburbs in many ways are defining the future of the larger community. They're debating whether to establish a dedicated tax for the Detroit Institute of Arts, how to improve mass transit and whether the emergency manager law makes sense.

And, the perpetual silver lining – the continued vibrancy of Royal Oak, Ferndale, Birmingham, Midtown, plus hopeful developments downtown, make it seem, sometimes, that metro Detroit can be a real city.

It seems like a real turning point. A critical juncture even. And we’re here to cover it. 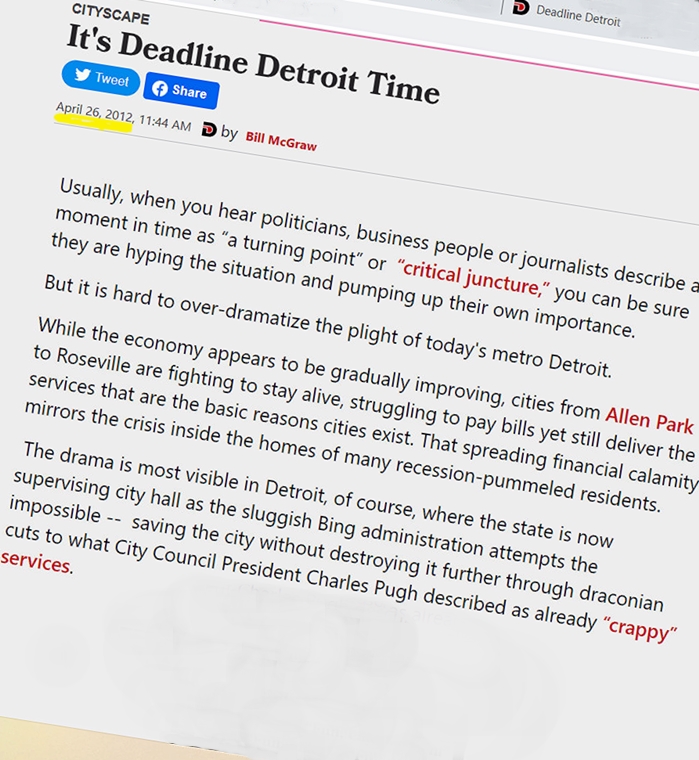 We’re Southeastern Michigan’s newest local news publication. At deadlinedetroit.com, we will provide readers with original news, photos and opinion, along with a digest of links to stories, videos, podcasts, blogs and more, all about Southeast Michigan. We want to make it easier for smart people to stay smart about their community.

[Update:] Peter Karmanos Jr., the co-founder of Compuware who now heads MadDog Technology, has continued to invest in us, while allowing us let to operate without any editorial interference.

We love the region. But we are realists. We can’t ignore the shrinking population, the empty houses and the hurting people. And that’s just the suburbs; much of the city is in critical condition, and we're not going to pretend it's not.

This is our so-called "soft launch." We're on a shakedown cruise, and we'll soon be up and running for real. Please come to deadlinedetroit.com every day. Email us comments and story ideas. And join us in trying to better understand the troubled, sensational, iconic place we call home.

We rely partly on advertising, but that’s not enough

Sign up for a Deadline Detroit membership for as little as $3 a month -- or give a one-time donation. To show appreciation, every month we randomly draw numbers and give prizes to three members.